The Street Smart NJ campaign is a collaborative effort between public, private and non-profit organizations. Local police will be working with Greater Mercer TMA to educate the public on motorist and pedestrian safety laws through the end of October. 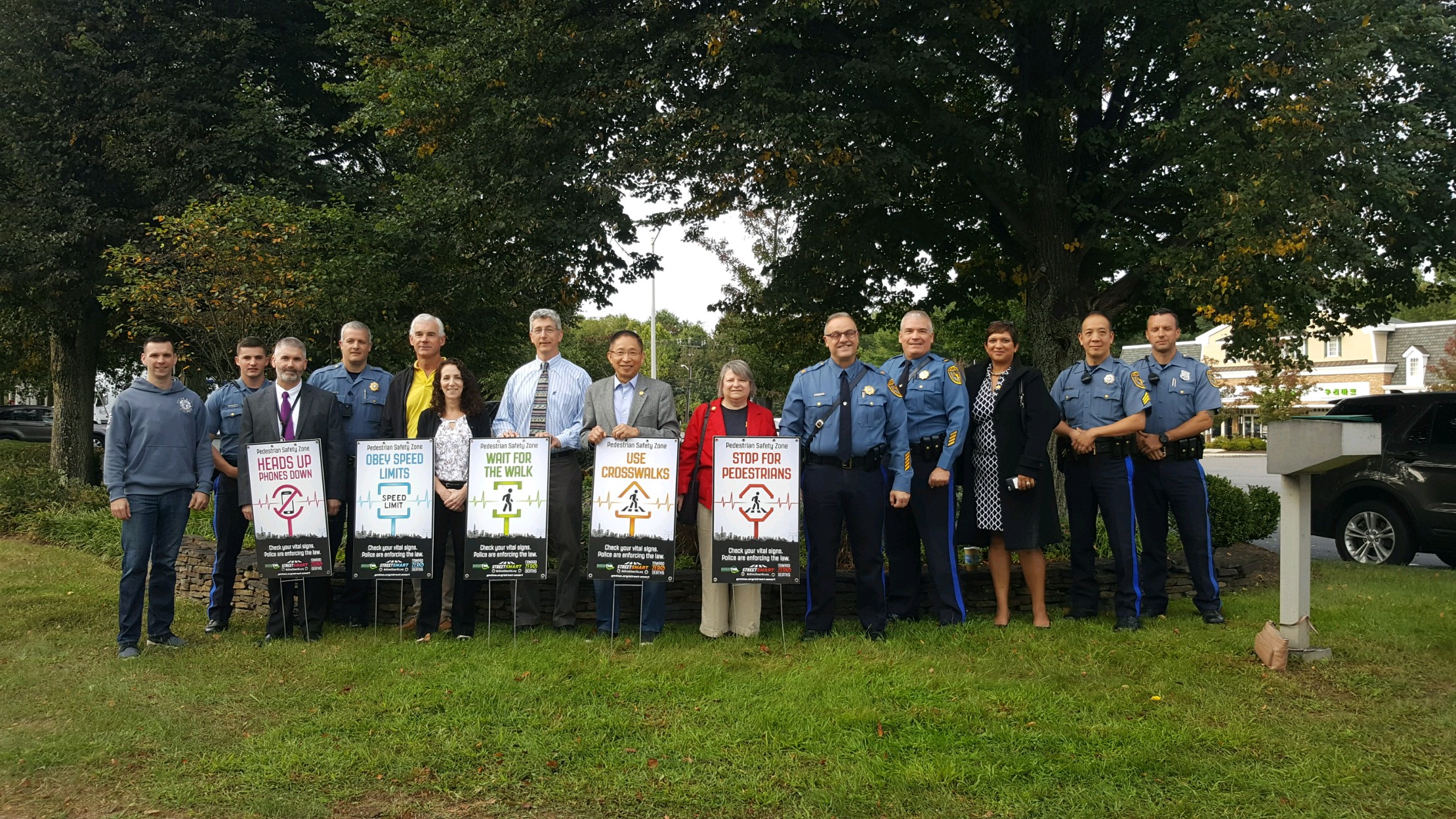 The campaign comes at a significant time. New Jersey is ranked 6th in the nation in pedestrian fatalities, according to 2014 data from the National Highway Traffic Safety Administration. The federal government has designated New Jersey a “focus” state – placing an extra emphasis on aiding the state in combating its higher-than-average pedestrian fatality rate and providing funding for this campaign.

During September and October street signs, posters, tip cards and other educational materials will be visible throughout the community.  The campaign’s partners will also be using social media in an effort to raise additional awareness about its pedestrian safety efforts.

“We’ll be interacting with motorists to make sure they know and obey the law and stop for pedestrians in the crosswalk,” said Chief Robert Garofalo. “We’ll also be reminding pedestrians to use crosswalks, cross at intersections and use the pedestrian signal buttons when available.”

Pedestrian safety is an ongoing challenge in New Jersey. Pedestrian deaths accounted for 28.7 percent of all crash related fatalities in New Jersey from 2011 through 2015, nearly double the national average of 15 percent.  From 2011 through 2015 772 pedestrians died as a result of pedestrian-vehicle crashes, according to the most recent data available from the New Jersey State Police. That translates into one death every 2.4 days.  In the past three years West Windsor has had 24 pedestrian involved motor vehicle collisions.

The statewide Street Smart NJ campaign is managed by the North Jersey Transportation Planning Authority (NJTPA) and began in 2013. The campaign urges pedestrians and motorists to “Check Your Vital Signs” to improve safety on the road. Motorists are urged to obey the speed limit and stop for pedestrians in crosswalks. Pedestrians are told to use crosswalks and wait for the walk signal where applicable. A “Heads Up, Phone Down” message is included in the campaign to combat distracted driving and walking.

Businesses, organizations and individuals interested in helping to promote the Street Smart NJ message in West Windsor, should contact Greater Mercer TMA at 609-452-1491. To learn more about the campaign, visit gmtma.org/street-smart. The campaign is also on Facebook (facebook.com/gmtma/) and Twitter (@gmtma).