“To men, the bicycle in the beginning was merely a new toy, another machine added to the long list of devices they knew in their work and play. To women, it was a steed upon which they rode into a new world,” – Munsey’s Magazine, 1896.

In honor of the conclusion of Women’s History Month, check out this Atlantic post on a new book —  Wheels of Change: How Women Rode the Bicycle to Freedom (With a Few Flat Tires Along the Way) — which tells the story of how the bicycle pedaled forward the emancipation of women in late-19th-century America and radically redefined the normative conventions of femininity. The book takes a look at women’s history from aboard a bicycle, which granted females the freedom of mobility and helped empower women’s liberation. The book covers early objections, influence on fashion, and impact on social change inspired by the bicycle, which, according to Susan B. Anthony, who said in 1896: “Let me tell you what I think of bicycling. I think it has done more to emancipate women than anything else in the world. I stand and rejoice every time I see a woman ride by on a wheel.” 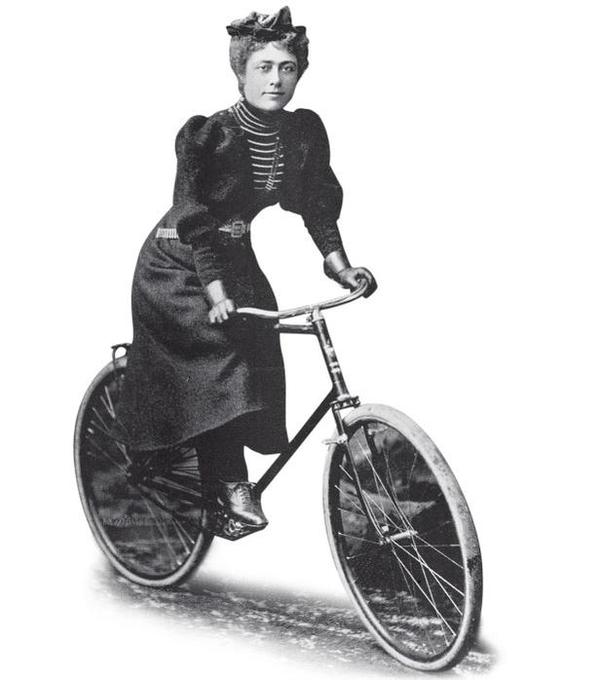