At least based on the number of miles our participants biked during Bike to Work Week.

We would like to thank everyone for participating in this year’s GMTMA Bike to Work Week; together we have pedaled more than 2,200 miles, 400 miles more than last year, and eliminated 300 car trips.

Many of you are regular bike commuters as it turns out from these comments:

“I do this from April to October. The best part is passing the cars in the traffic on Alexander Road.” John F.

“I often bike to work. It was great to be able to share the road with more bike commuters last week! I hope that some of them become regular commuters too.” Bob W.

“I love riding to work.  I ride in 4 days a week in the summer after the kids are out of school for the year, and I don’t need to worry about picking anyone up from aftercare.  It helps me start the day invigorated once the blood gets flowing and it helps with my overall wellbeing.  I feel mentally and physically healthier when I ride to work.” Michael O.

While others seem to have enjoyed it enough to become regular bike commuters, as some of you said:

“It was great to have a kick in the pants to forgo the car for the bike.   I’ve been meaning to get back to riding to work, but riding to work still takes more thought and organization than jumping in the car.  This was a great incentive for me to take those extra steps.” Mark G.

“I enjoyed it quite a bit. I biked more miles the previous week than I did during bike to work week. I plan on continuing the bike commute on a regular basis.” Andres A.

“I feel more awake and happier all day on the days that I rode in. Unfortunately, project deadlines prevented me from riding Wednesday Thursday and Friday, but I plan to ride as much as possible for the rest of the summer and possibly next winter! “Anthony I.

And we are sorry to hear this Jessica D., hope you are better now and enjoying the ride “I look forward to this week every year! I used to commute by bike in all kinds of weather. But we just moved, and my commute is now 12 miles one way. I am trying to keep riding as often as possible. Unfortunately, this particular week I injured my quad and only got to bike on Monday.”

And Michael B. we hope you are feeling better and enjoying the ride “Unfortunately I was sick on BTW week and could not ride the bike.  I plan to resume regular biking to work …”

Elizabeth M. biked the most miles, 160, during bike to work week and won the prize for the most miles. You can see why she says “Who needs spin class when you can get outside and bike to work. Work those quads and glutes!”

REI Princeton is the winner of the Employer Wheels Prize

And the Visions of cycling photo contest winner is Jim S. who submitted this photo: 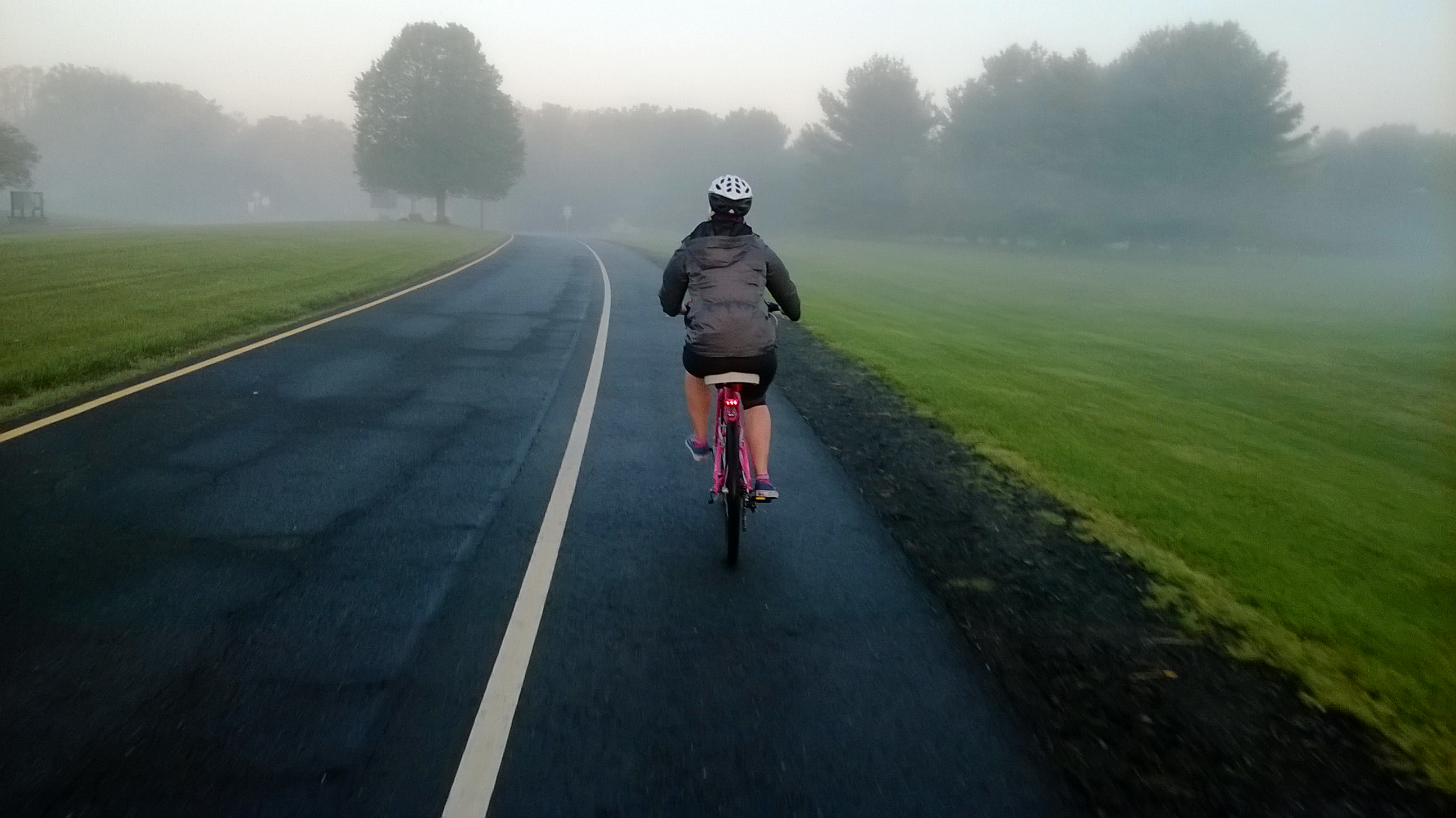 Congrats Jim and thanks to everyone who shared their pictures. It was hard to pick just one!

And finally, we hope you all agree with Jenny M. when she says”  “I thought it was great, but I’m not done yet!”

Many thanks to our Bike to Work Week sponsors: