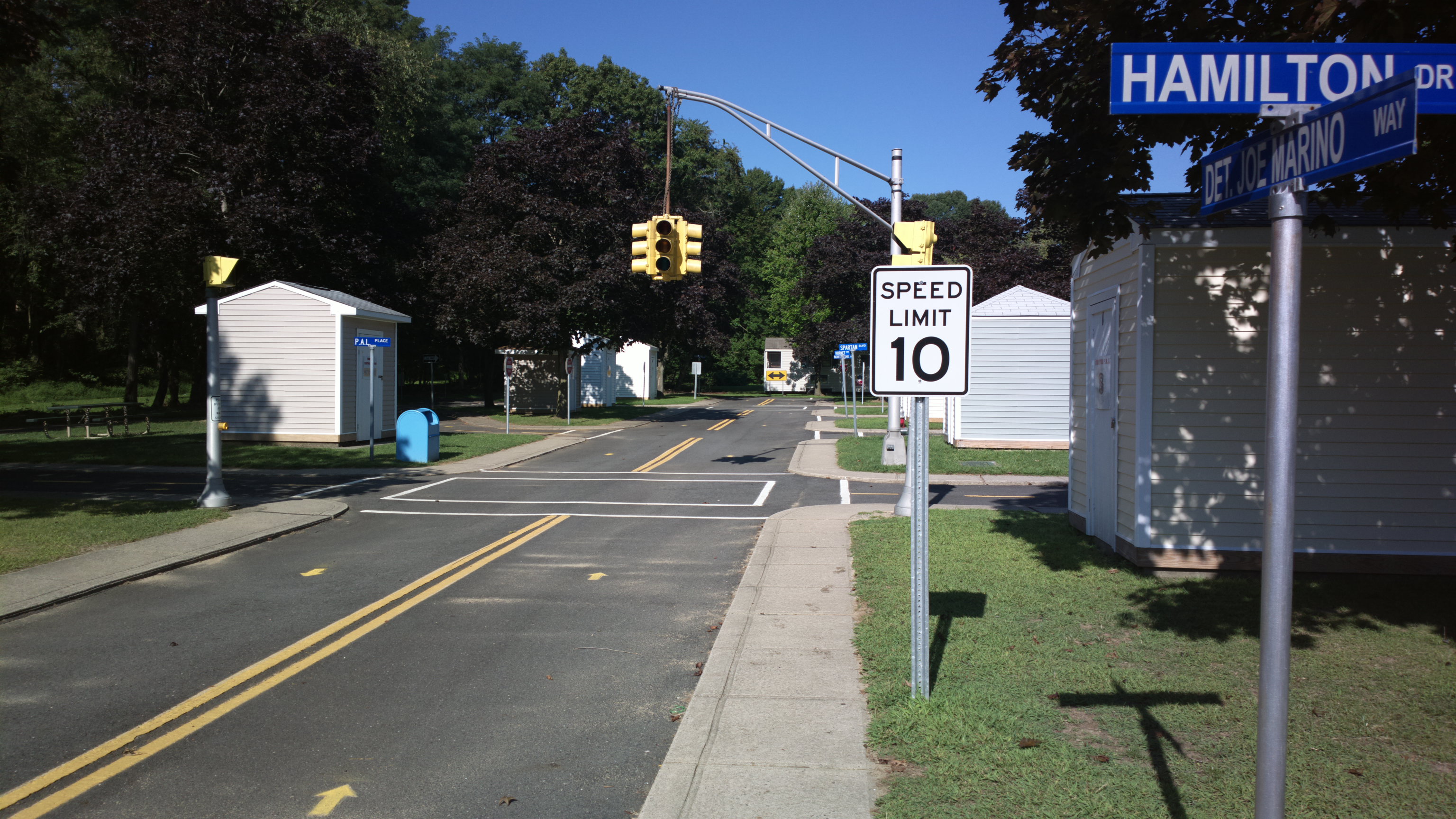 GMTMA works to promote biking and walking safety by educating students during summer camp and school programs throughout the year, and our efforts are well complemented by the Safety Town programs in Hamilton, Lawrence, Ewing and Hopewell Valley. Hamilton’s program serves 400-500 students per year and is in its 44th year, according to Officer Kristin Seitz, the program’s director. The nationally recognized 20 hour program for rising kindergartners was originally developed in 1937 by Officer Frend Boals in Mansfield, Ohio, and updated in 1964 by nursery school teacher Dorothy Chlad in Bedford, Ohio.

Lawrence Township’s program boasts similar longevity, according to Superintendent of Recreation Steven Groeger, soon to retire after 32 years.  Ewing’s program has been operating since 1981, according to their Facebook page, while Hopewell Valley’s program started in 2012. These programs run one two-week session per year, compared to Hamilton’s eight sessions in the summer and a day-long field trip for every 2nd grader during the school year, including parochial and private schools.

The program introduces safety awareness and preventive practices, including biking and walking safety, and features a mock town laid out in preschool proportions for practicing – trikes are ridden as motorists while the other students are pedestrians. Hamilton boasts one of only two permanent towns in the state, with shed like buildings, real sidewalks, and crosswalks. Even a functioning traffic light with pedestrian walk signals!