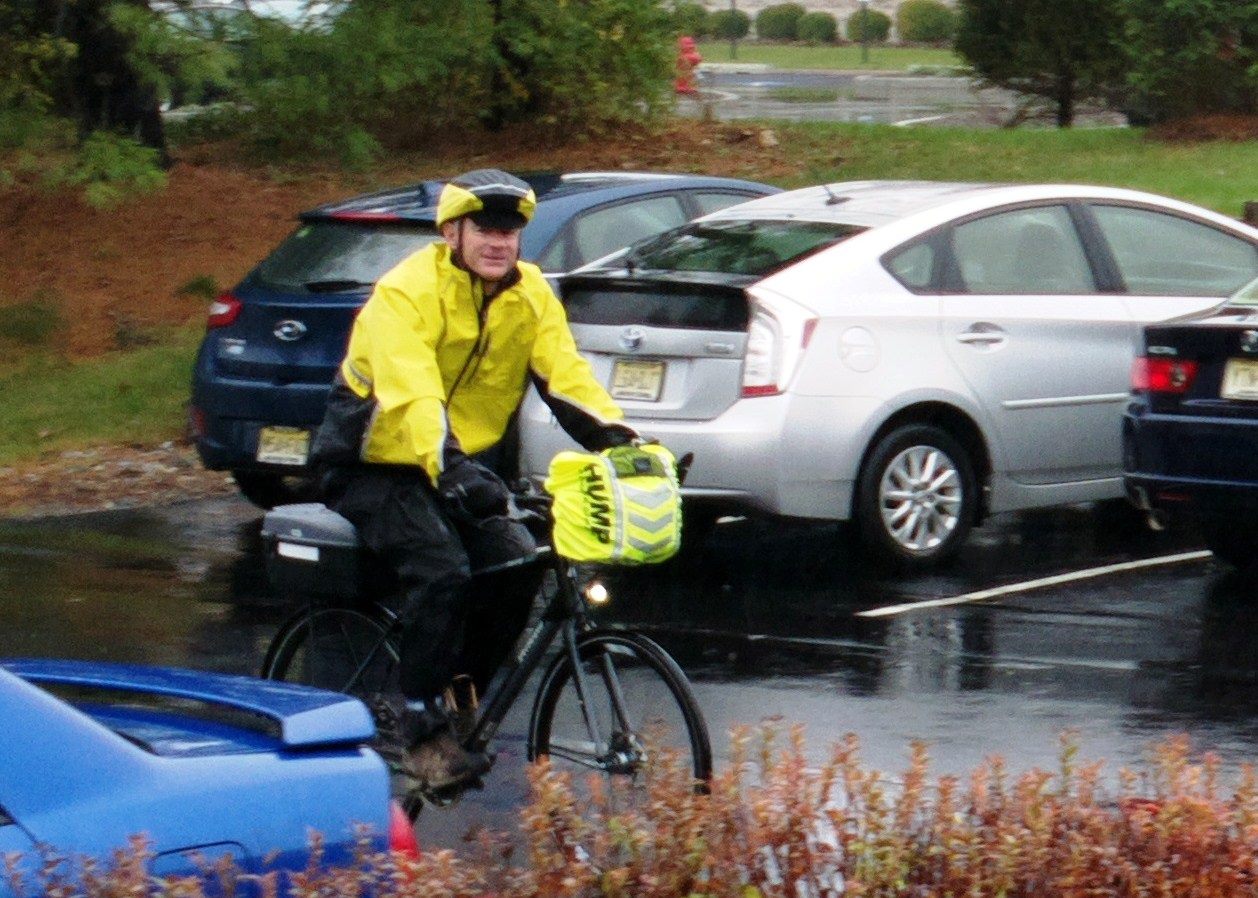 Somehow it’s been since May of 2015 since my last Bike Commuter Journal entry – I’d say it’s become a ho-hum dull routine, but I’d be lying – just got really busy! So here’s the catch-up in brief. 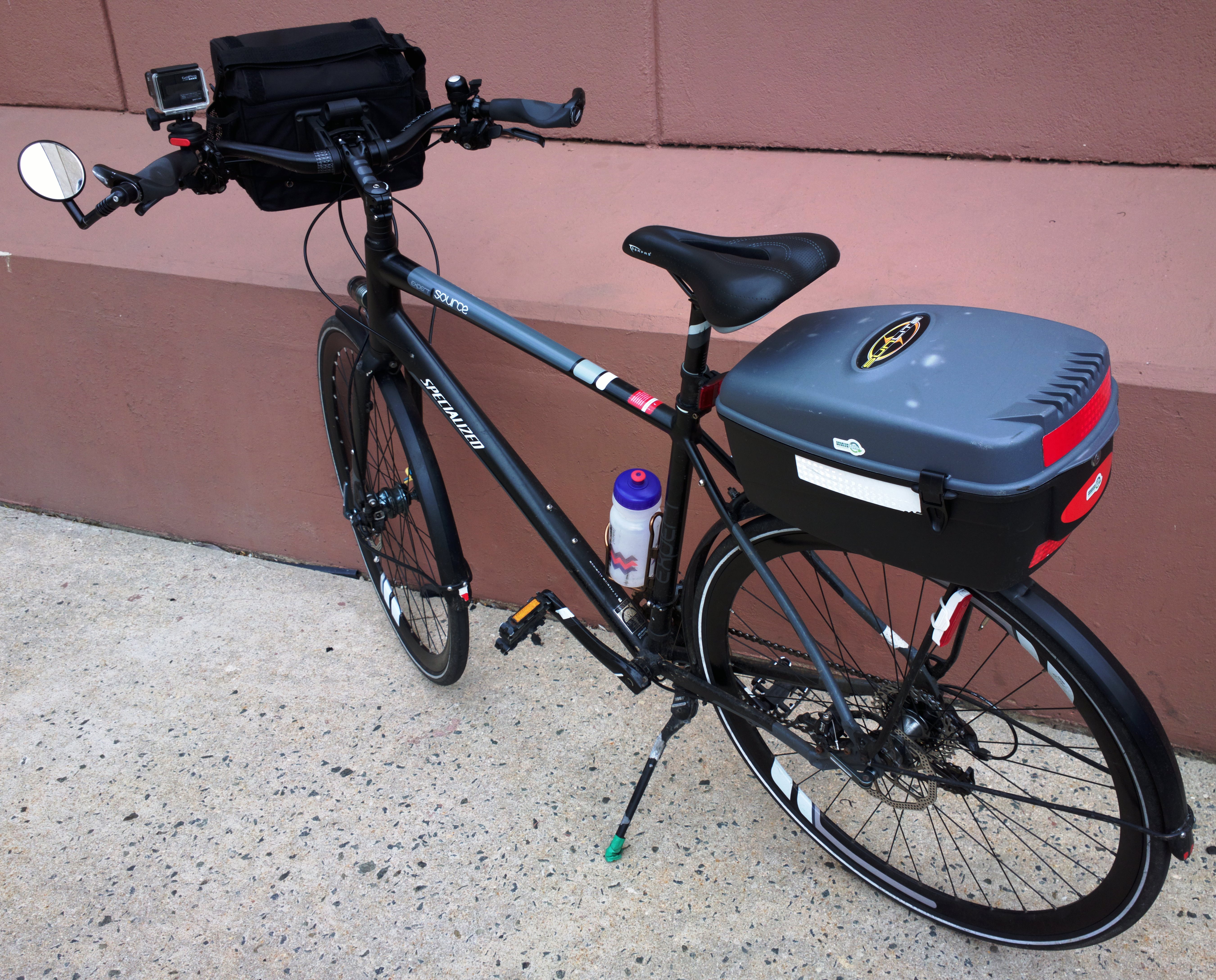 Regarding the bike itself, only 3 minor changes – an extender for the handlebar bag attachment so the cables aren’t so crunched, a fixed mirror off the left end of the handlebar and a more solid video camera mounting near the left hand grip. The bike also sports a backup (to the always-on dyno-generated light not visible under the trunk box) rear blinky light on the back rack support strut, but that’s removable. The mirror replaces the old glasses-mounted mirror, which I kept losing. 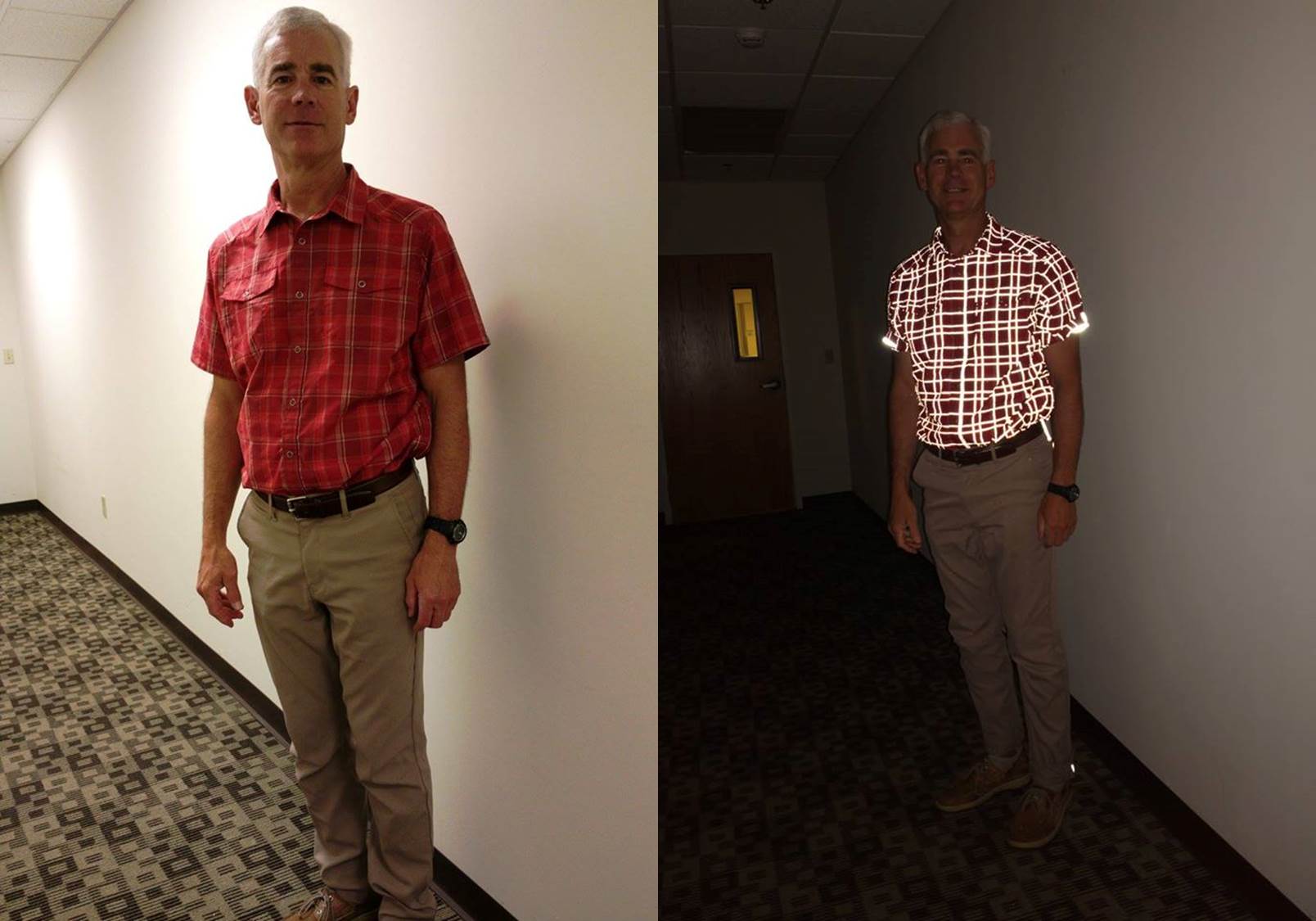 I’ve been experimenting with bike commuter fashion this year, though calling it fashion seems strange, as the goal is to blend unseen into the Dilbertian officescape, only to be revealed under the glare of headlights (or the paparazzi’s flash).

Anyway, gearing up for this year’s Bike To Work month in May, hope everyone will consider sending in your bike commuter blog post! (jfoster@gmtma.org)