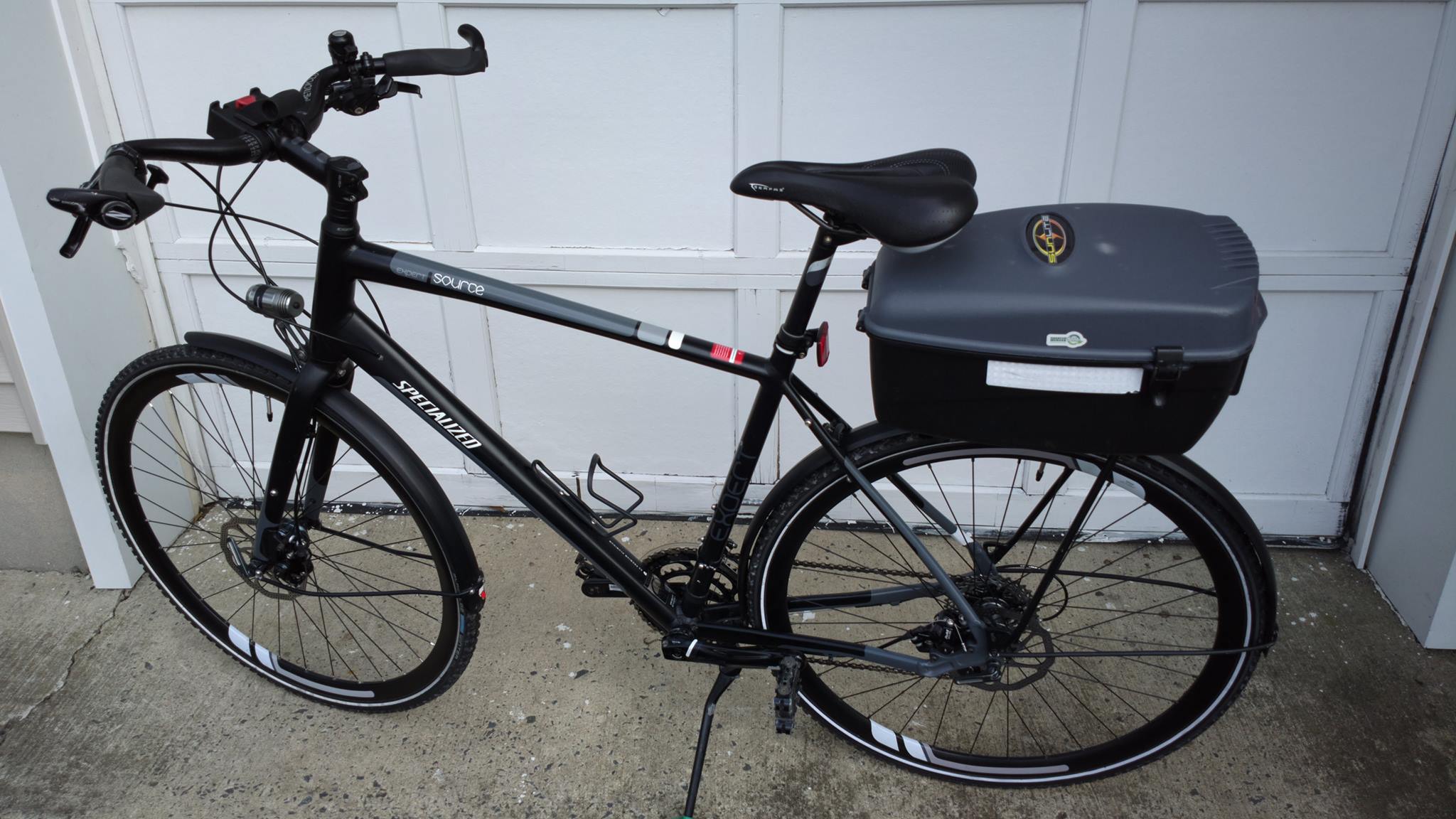 Made a few changes to the commuter bike in the year it’s been flogged every day 2 miles to the office and back – for reference, see last year’s post Accessorizing the Commuter Bike.

There were two main issues – pain in the shoulder, caused by the straight handlebar, and pain in the neck, caused by dealing with the hydraulic disc brakes (mental pain, not physical).

The next, more obviously self-inflicted issue, was that some idiot overloaded the light duty rack on grocery runs. The rack uses the fender as support, and the rivet-nut holding it to the frame pulled out (not just once, either), so the guys at the shop drilled and through bolted it to the frame – problem solved. (Also, bought a cargo bike so don’t need to overload the commuter bike anymore – an expensive fix, you might say, and my spouse would certainly agree – more in another post.)

The less obviously self-inflicted issue was dealing with the hydraulic disc brakes. One time, some idiot took off the wheel to put on the winter tires and closed the brake lever. You probably know that if you don’t have something for the brake to grab (disc, credit card, cardboard, etc.) it will not open back up, and the wheel will not go back on. Anyway, back to the shop to have the brake lines bled, and not for the 1st time.

The first time back to the shop was after a few months of winter riding and the lever went all the way to the handle without stopping much. Another time was to get the brakes to stop screeching, and to put some silicone around the fender rivets so they stopped rattling. The last straw was when some road gook got into the front brake on a ride to Hopewell, and I fought and listened to the tick from the brake all the way back to West Windsor, because there’s no way to loosen the calipers on hydraulic brakes in the field. I’d had enough – they were simply not idiot-proof enough for this idiot. The new mechanical disc brakes not only have ways to loosen them, they have dials for making adjustments and a fancy way to automatically align the calipers.  It sure sounds good.

On the sound advice from the good folks at the shop, let’s talk about bike maintenance and keeping your bike clean. If (like a certain someone) you just ride it and occasionally lube the chain (sometimes after wiping the main gook off), you will have a much harder time pedaling by the end of the year – maybe because the derailleur pulleys rust into place. Really, it’s a wonder I could pedal at all.  You might think this would encourage better bike cleaning, but instead it has me thinking about belt drives – anyone have experience to share?