When we think bicycle friendly city, we think Copenhagen.   And these days Copenhagen is getting a lot of attention and envy because it just reached a milestone; the number of bicyclists surpassed the number of drivers.

You can’t help but wonder how did it get here? 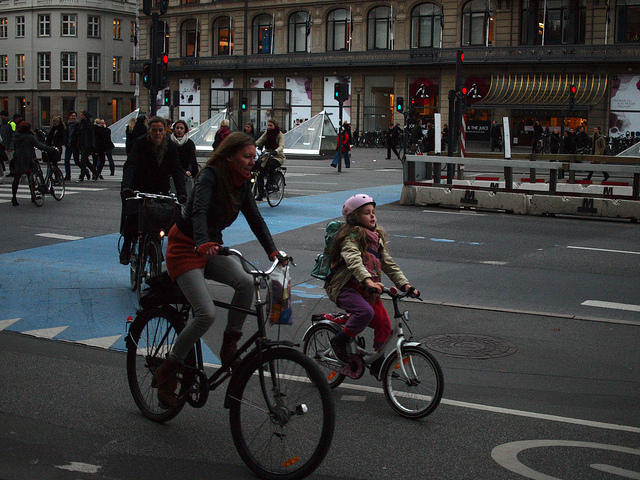 It turns out Copenhagen started as a city of bicycles, and then people embraced car ownership in the 1920’s. In a simple twist, bicyclists were seen as slightly annoying to motorists and the number of traffic accidents involving bicyclist and motorists increased.

Copenhagen was headed in the same direction as many other cities, congestion, traffic accidents, and pollution. People riding bicycles kept being pushed to the side of the road or off the road and they took the streets; they wanted to be able to ride their bikes safely again. Copenhageners protested and asked for a change in street design, putting bikes first and cars second and asking for safe bicycle infrastructure.

There was, as you might expect, some back and forth about design, cost, and how to pay for the new bicycle infrastructure.

In the end, city planning gave space to bicycle lanes, bicycles experienced a comeback, and it is now once again seen as a symbol of health, freedom, and the symbol to clean and lively cities. Most people in Copenhagen, even kindergarteners and a large number of politicians, bike year round.

I guess the answer is good planning, starting young and keep the wheels spinning until it becomes such a big part of your life that you are no longer willing to tolerate pollution and traffic accidents anymore and would rather leave the car behind.