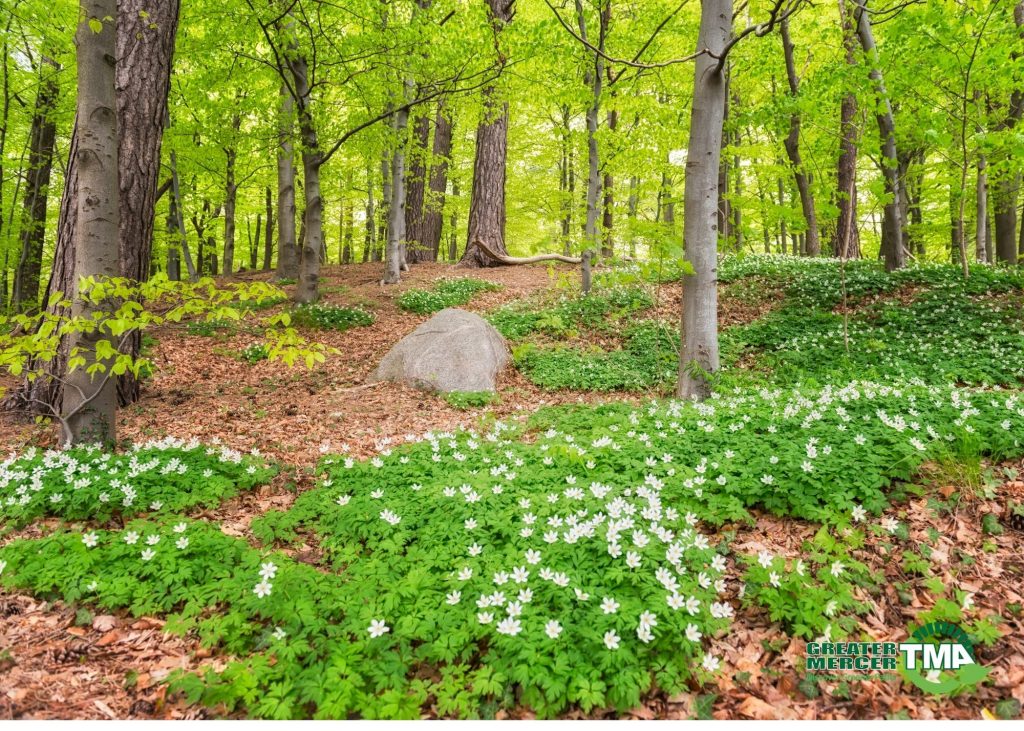 If you are looking for outdoor activities with the family this weekend, consider checking out these three options in the area.

Known as Princeton’s “central park,” these 282 acres of preserved public open space are a Princeton treasure. There are a series of lakes, over 8 miles of walking trails, a boardwalk, a boulder field, and even the Devil’s Cave!

Most trails are dirt, and boots would be useful, especially if it has rained recently. Also, some trails cross a stream or a brook with stepping stones. Triangle trail markers are placed regularly, and with as many as 11 trails, each has its own color identifier. The length of the trails ranges from 0.3 to 1.2 miles.

The main entrance is next to 73 Mountain Avenue, where there are restrooms and places to park. A driveway beginning at Mountain Avenue leads to Mountain Lakes House and Palmer Lake at the center of the nature reserve, as well as an unpaved parking lot and a bike rack near the house. You can find a map here.

When: Mountain Lakes is open to the public from dawn to dusk every day.

Masks are strongly recommended and safe distancing is a must.

Boots are useful for hiking, especially the longer trails.

Bikes may be ridden, if you stay on the paved pathways in the Pettoranello Gardens, along the side paths on Mountain Avenue, the Great Road, and Cherry Hill Road, and on the driveway up to Mountain Lakes House. Bike riding is not permitted on the dirt trails.

The Institute for Advanced Study (IAS) are the stewards of 589 acres of its campus, with 11 trails through woodlands, wetlands, and farms. Some trails cross a stream or brook, and at the end of Founders Walk is the famous Swinging Bridge. The trails are color-coded with markings on the trees, trail map.

Located next to the Institute Woods is a 39-acre sanctuary that is home to 90 species of birds! Many more birds stop here on their North-South migrations along the Atlantic Flyway. There are two walking trails, the Marsh Loop Trail (blue markers) and the Fred Spar (red markers), and 2 observation platforms. Activities for families and information about birds can be found here

The IAS campus is located at 1 Einstein Drive, and entrances to the Institute Woods are next to parking areas off of Einstein Drive or South Olden Lane.

Where: 10 West Drive, off of Alexander Road. When West Drive forks, take the left route and follow the signs. Parking is next to an observation platform.

When: The Institute Woods and the Rogers Wildlife Refuge are open to the public from dawn to dusk every day.

What to bring: Masks are strongly recommended, and safe distancing is a must.

Boots are useful, especially if it has rained recently.

Bikes may be ridden to the Institute Woods and the Rogers Reserve, but not on the trails.

On January 3, 1777, during the Revolutionary War, an important event in American history happened in Princeton. General Washington led the American soldiers to defeat the British troops on the land that has become the Princeton Battlefield State Park. It was Washington’s first victory against the British. During the battle General Hugh Mercer, a close friend of General Washington, was seriously wounded, and sadly General Mercer died from his wounds. Today our county is named for General Mercer. The Clarke House, where Benjamin Rush cared for General Mercer, remains standing today. In fact, the Battle of Princeton was part of the “Ten Crucial Days” of the Revolutionary War. It began when General Washington and his troops crossed the Delaware River on Christmas night, then marched to Trenton, and at midnight on January 2nd General Washington and his troops began their 9-mile march to Princeton, to arrive at the battlefield just before sunrise.

Across Mercer Street is the Colonnade, designed by the architect of the US Capitol Building. A map of the park can be found here.

Where: The entrance to Princeton Battlefield State Park is 500 Mercer Street. The path into the park leads to the parking area and the Clarke House.

When: The park is open from dawn to dusk every day.

Have a wonderful time exploring the outdoors and enjoying the Spring air.  And check out the Friends of Princeton Open Space website for more fun activities ideas  https://www.fopos.org/ .