GMTMA was fortunate enough to have Rutgers University professor Dr. Joseph Seneca give the luncheon keynote address at our Annual Meeting on October 28, where he discussed the links between New Jersey’s economy and its transportation system. 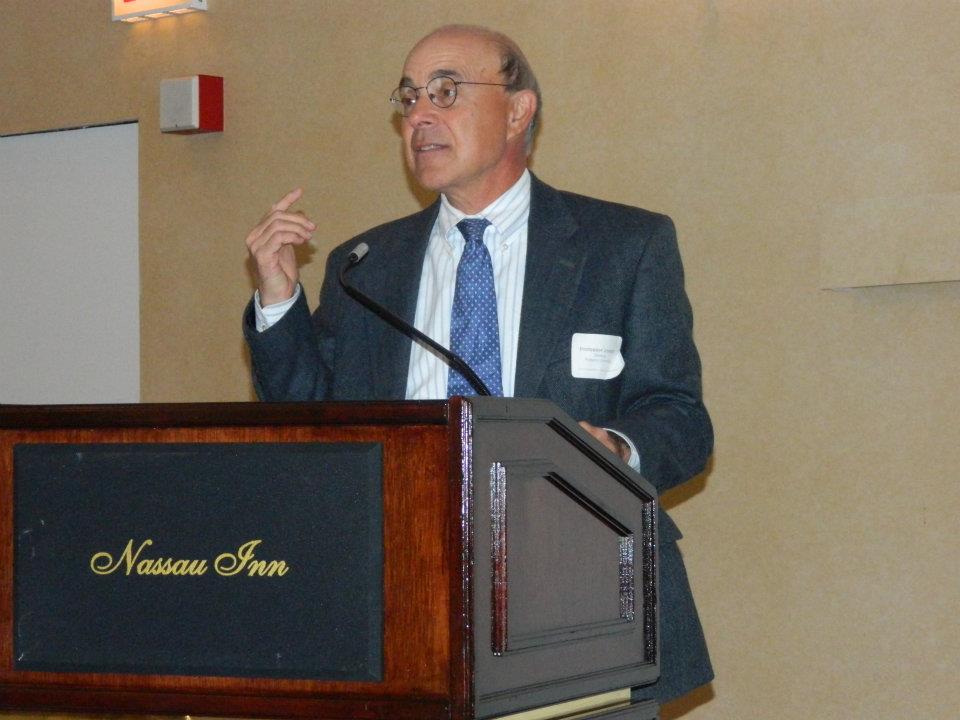 Focusing on to the Trenton-Ewing Metropolitan Statistical Area (MSA), he showed that our region fares a little bit better than the state average in commute times — 27 minutes mean travel time to work in our region, versus 30.3 minutes statewide. (He also pointed out that our state commute time average constitutes the third highest in the country, behind only Maryland (31.8 minutes) and New York (31.3 minutes).) Even so, a full 42.2 percent of the workers in our region have commutes longer than 30 minutes, and almost 13 percent commute 60 or more minutes. That’s a lot of people spending a lot of time in transit — and most of them in their cars, since almost 70 percent of our MSA’s commuters drove alone to work every day and almost 11 percent carpooled. So even in our relatively transit-rich neck of the woods, we’ve got 80 percent of our commuters driving every day. That’s a lot of cars on the road.

But if you think traffic is bad now, it could be a lot worse. Dr. Seneca also pointed out that the lackluster economy is keeping traffic down, as fewer people are on the roads to get to work or shopping. Looking at the state’s private sector employment, he noted that since the recovery began, New Jersey has only gained back about 28,000 of the 225,000 jobs that were lost in the 2008-2009 recession, and that as of September 2011, New Jersey has about the same number of jobs it had in September 1998.

So, if 80 percent of us are using our cars to get to work, it means that what’s good for traffic isn’t necessarily good for the economy. But, of course, we all want everyone to have a job. So how do we keep the economy humming while not wasting our precious time sitting in gridlock? We do it in the multitude of ways we have at our disposal, many of which we’re actively working on here at GMTMA. Carpooling. Vanpooling. Riding transit. Walking and biking. Telecommuting. Working flex hours. Retrofitting our streets to make them “Complete Streets” that accommodate all users, not just cars. Are you interested in driving less? We can help.