Speed kills, and not only when a motorist exceeds the speed limit – speed provides the force to exceed our bodies’ tolerance for blunt force trauma in the event of a crash.

Three quarters (76%) of New Jersey traffic fatalities 2006-16 occurred on roads with a speed limit of 40mph or higher, and unfortunately fatalities have increased each year since 2013. This year, fatalities are on par with last year, but more fatalities are bicyclists and pedestrians. 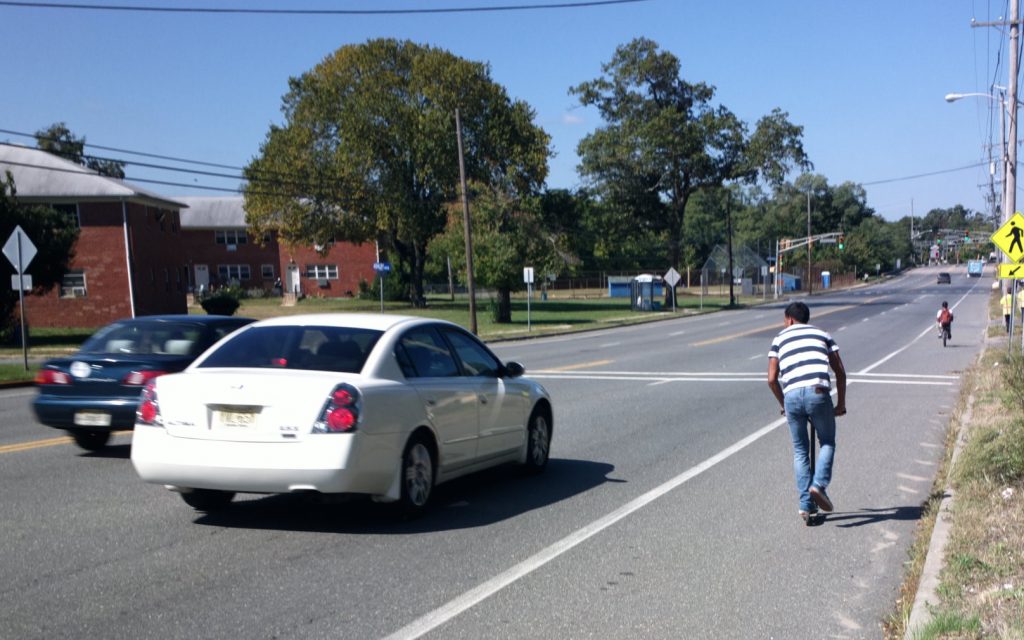 How can we fight the laws of physics and the law of averages? Systematically, using prevention and mitigation strategies based on real world data.

The Vision Zero traffic fatalities movement comprehensively re-thinks traffic safety by considering every fatality preventable, and brings a systematic approach to eliminate fatalities and reduce serious injuries by actively addressing the root causes of crashes, just like train and airplane crashes.  Since the 1990s, when fatality rates were similar to the US, the Netherlands has reduced their fatality rate to 34 per million population, compared to 103 per million for the US, by pursuing this safe systems approach.

Shared responsibility is fundamental to Vision Zero – not only road users, but road designers and maintainers as well. Roads are commonly designed to encourage driving faster than the speed limit, and many urban arterials are designed for higher speeds than engineering standards allow (25-45mph). Safe bicycling and walking facilities are often missing, especially on roads with the most fatalities for these vulnerable road users.

The goal of Vision Zero is to create a culture of road safety based on mutual respect for all road users – only together can we cure the public health epidemic of fatalities. Please take personal responsibility for your actions on the road, and drive the speed limit. As a recent NJ.COM article found, speeding is rampant on New Jersey highways, see: https://youtu.be/j0IBzMEowuk