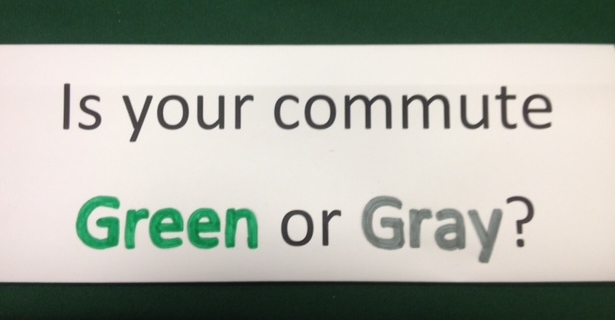 Green Commuters beat out the Gray Commuters this past Saturday at the Living Local Expo at the National Guard Armory in Lawrence.

GMTMA was an exhibitor at the event which drew almost 900 people and was sponsored by Sustainable Lawrence,  the municipal Green Teams of Lawrence, Ewing and Hopewell, and the Mercer County office of Business Development and Sustainability.

We conducted an informal survey that measured how many people had Green Commutes  or Gray Commutes.

For a bit in the beginning of the event it looked like the Gray commuters were going to prevail, but the rain didn’t keep the Green commuters down in the long run. There were 50 peanuts in the jar for the Gray commuters who drive alone to work or students that are dropped off at school by a special trip. But 92 peanuts in the jar for the Green Commuters! Super Green Commuters were a big help allowing the commuters who don’t create any air pollution (walk, bike, telecommute, etc) to add 2 peanuts to the jar. Because adults and kids alike who choose a travel mode that does not create air pollution, are helping themselves, their community and the air that everyone breathes. 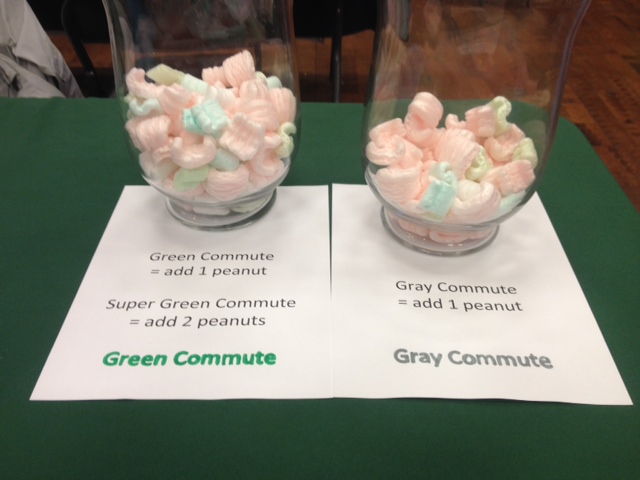 If you are interested in learning more about pollution in our air and which days have higher air pollution levels, sign up for AirNow Alerts to get an email the day before a predicted bad air quality day. These alerts allow you to change your travel mode to a Greener one when the air pollution levels are going to be high.