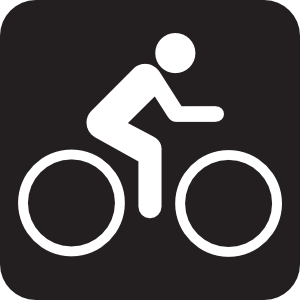 We’re at the end of Bike Month and Bike to Work Week, and as a gift, the cyclists of the world are getting some more vindication for their riding ways. A new study by the League of American Bicyclists, the Sierra Club, and the National Council of La Raza analyzes data that finds that bicyclists in the United States save at least $4.6 billion a year by riding instead of driving.

It costs between 20 and 30 cents per mile to operate a car, depending on the vehicle. This is based on expenses like gas, oil, maintenance, etc., that go up when you drive more. This figure doesn’t include the hidden costs of vehicle ownership like depreciation, taxes, and insurance — factors which make the actual per mile cost to operate a car much higher. When you start multiplying cost per mile to operate a car by the distance you ride, you can easily calculate how much money you save by riding a bike.

According to the report, the average annual operating cost of a bicycle is $308, compared to $8,220 for the average car, and if drivers replaced just one four-mile car trip with a bike trip each week for the entire year, it would save more than two billion gallons of gas, for a total savings of $7.3 billion a year, based on $4 a gallon for gas.

More Americans are choosing to bicycle for everyday transportation. Between 2000 and 2010, the number of bicycle commuters grew 40 percent nationwide, and was even greater — 77 percent — in the some cities, according to the report.  Yet “government funding of safe bicycling projects is not keeping up. Though biking and walking account for 12 percent of all trips in the U.S., these transportation modes receive only 1.6 percent of federal transportation spending.”

The average American household spends more— 16 percent of its budget—on transportation than on food or healthcare. Low-income families spend as much as 55 percent of their household budgets on transportation, the report noted. Those dollars add up. The New America Foundation has shown how burdensome car ownership has become even for middle class families. And for low-income families, car-related costs can eat up half of the money they take in. Many don’t have a choice about car ownership; the country’s infrastructure has been built around the automobile.

If your round-trip commute to work is 20 miles, you can save $8 a day by commuting on your bike instead of in a car, and that’s not even including any tolls or parking fees. Plus, you’d get exercise, fresh air, and help the environment. This nifty online calculator can help you figure out exactly how much you can save by biking to work.

Click here for the full fact sheet: “Pedaling to Prosperity,”  here for more about National Bike Month, and here to read: New Report Finds That More Biking and Walking Do Not Increase Crash Rate.

Nee more incentive to get out of your car and onto your bike? Participate in the 2 Mile Challenge. CLIF Bar will donate $1 for every trip you log to bike nonprofits, up to $100,000.

Finally, if you’re looking for an affordable bike, check out the Trenton Bike Exchange, where they sell refurbished bicycles at great prices, all for a good cause!