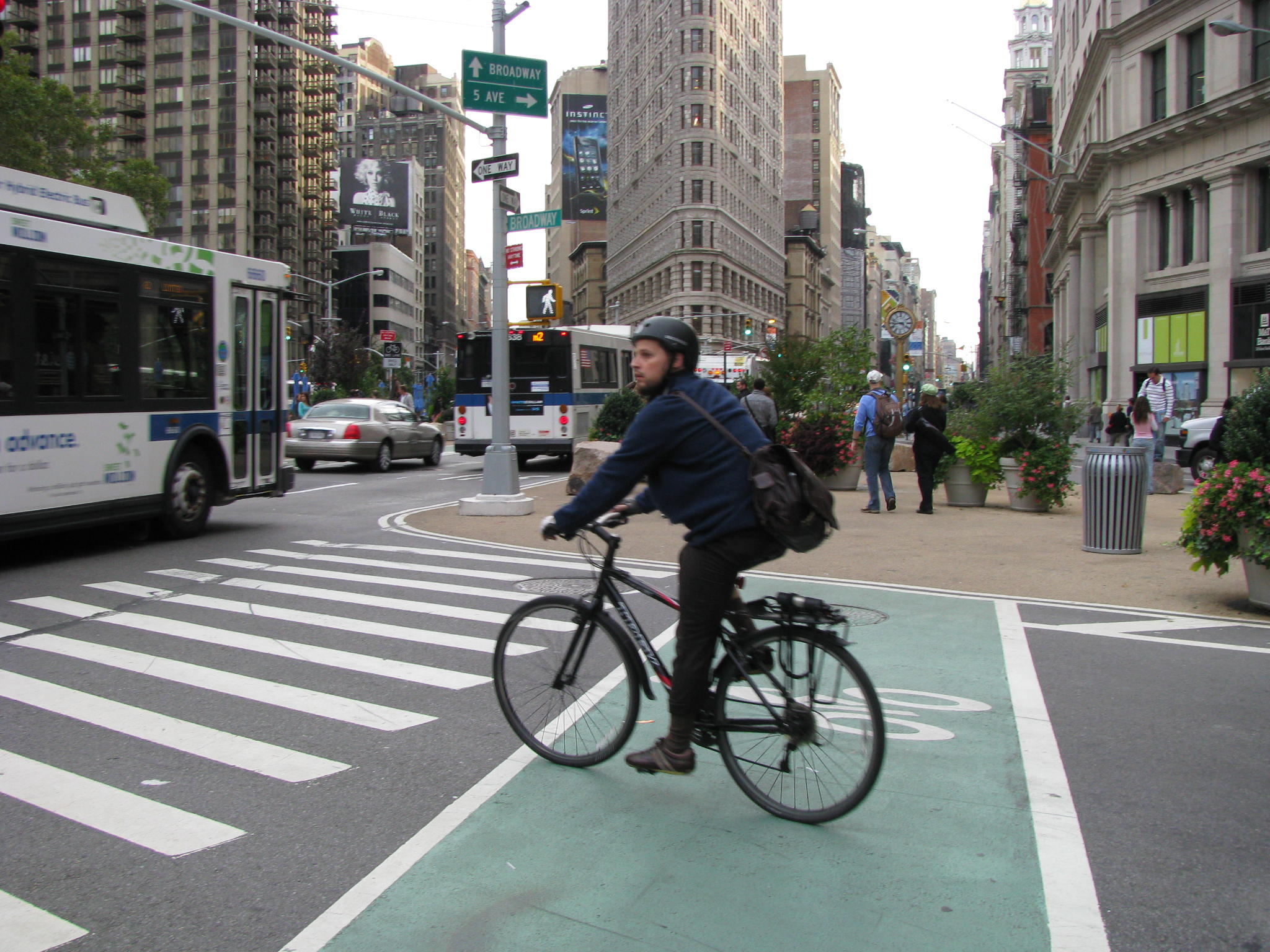 While safety advocates, medical professionals, parents, and cycling advocates (including the Greater Mercer TMA) have been busy for years encouraging everyone to strap on a bike helmet before saddling up on their bikes, an underground anti-helmet movement has been brewing. In a recent web video, Why We Shouldn’t Bike With a Helmet, that has been making the rounds, Mikael-Colville Andersen, founder of Copenhagen Cycle Chic, shares his anti-helmet opinion and research.

Mr. Andersen – who lives in one of the most bicycle-friendly cities on earth, Copenhagen, Denmark – argues that forcing cyclists to wear helmets creates a “culture of fear,” and he wonders why we insist on viewing bicycling as an activity fraught with danger, but not walking or driving, which can also be extremely dangerous activities. He also points out that helmets can give cyclists a false sense of security, causing them to ride faster and more recklessly, when simply riding slowly will make them much safer. Finally, he argues that bike-friendly land use planning, which includes safe crossings, calmed streets, bike lanes, etc., is what we need to create a truly safe environment for bicyclists.

On the other side of the coin, a 1989 study in the United States found that helmet use decreased the likelihood of head injuries by 85 percent. More recently, a study in Portland showed a slight but statistically significant benefit in avoiding the need for medical attention when seasoned daily bicycle commuters wore a helmet. However, other studies show that these results might be due to helmet wearers simply being more safety conscious in general. Furthermore, other studies have shown that in some types of rashes, helmets can actually cause increased injuries. One study done by a British psychologist with himself as his only test subject, found that he was given several more centimeters of space by passing drivers when not wearing a helmet — and yet more when wearing a flowing wig. An interesting 2009 economic analysis uses externalities to make the case that the harm to public health due to decreased ridership is far greater than any protective benefit helmets might afford.

We can argue about the strength of the data on both sides of the argument, but in some ways, it’s missing the point. At the end of the day, we need to figure out ways to improve our bicycling and walking environment in order to make both activities safe for everyone. As Ian Walker points out on the “How We Drive” blog, “I would like to suggest that this is all the wrong question to be asking anyway. Nearly all of the serious danger to bicyclists comes from drivers. Instead of fretting about the utility of helmets after collisions happen, bicyclists should be focusing on the careless or reckless driving that causes those collisions in the first place. Consider burglary for a moment: I would suggest the prime responsibility for this social ill lies with the burglars who choose to perpetrate it rather than the householders who are the victims. I can’t help feeling bicyclists are in a very similar position when they allow themselves (ourselves!) to get drawn into this debate.”

We should continue to advocate for safer streets in our communities. And we should keep wearing helmets, just in case!