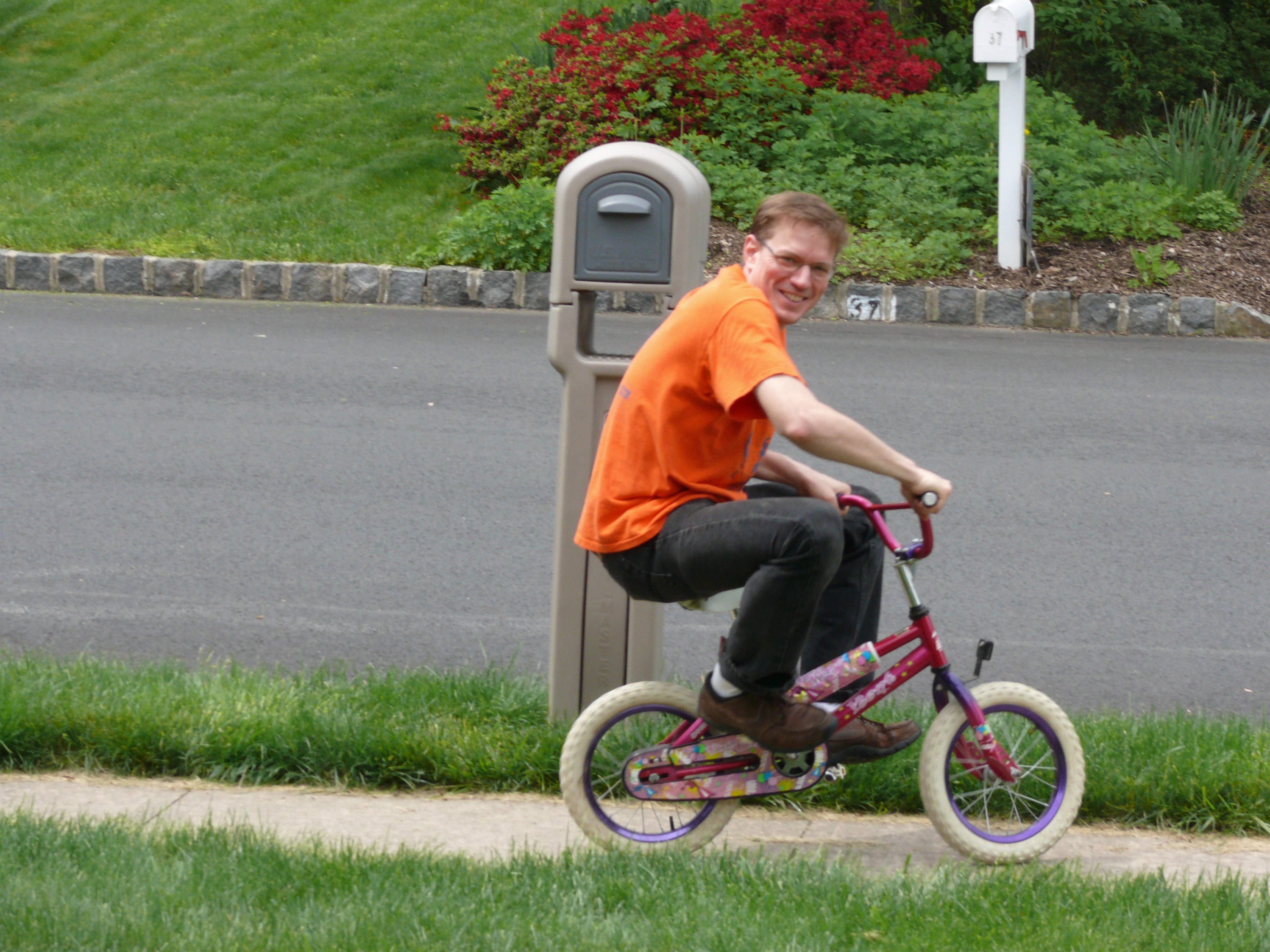 Most people assume as a bike commuter I’m some sort of “eco-warrior.” While there might be some merit to that, my reason for riding is much more personal. When I first started cycling to work 16 years ago, the original intent was to build activity into my otherwise sedentary life. My very first trip to work was just a couple of miles – and it took me exactly 1 hour. I drove to a park near the office, pulled the bike out of the car, left the car behind for the day, and pedaled a very short distance. Over time, and as the park commission improved the conditions of the D&R Canal tow path, I was able to eventually do the full 35 miles from Trenton to New Brunswick. For the round trip I developed the habit of driving to work (with the bike), leaving the car there overnight (the building had security), riding home, and cycling in the next day – after a restful night of sleep.

While my original goal was to combat a bulging waistline, other health benefits quickly became apparent. I didn’t fully comprehend the chemistry behind it until I read an article in Bicycling magazine entitled “Riding is my Ritalin.” I’ve since seen other scientific articles demonstrating a link between cycling and happiness. So, as I like to say: “Rekindle your youth; hop on a bicycle.”