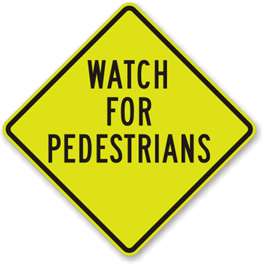 According to New Jersey State Police statistics released this week, the number of traffic accident fatalities has dropped from 627 in 2011 to 592 in 2012. However, it’s not getting any safer to walk in the Garden State: pedestrian deaths rose significantly, from 143 last year to 164 in 2012.

Monmouth County saw 33 fatal crashes in 2012, which claimed the lives of 35 people. There were 31 people killed in 28 accidents in Morris County; 30 people died in 30 crashes in Union County; 26 people died in 25 crashes in Camden County; and 17 lost their lives in 15 crashes in Somerset County, state police statistics said.

The reasons for the jump in pedestrian deaths is unclear until the state police annual analysis is released, but many planners speculate that pedestrians are often forced to walk along unsafe arterial roads for lack of safer pedestrian routes.

Older Peds at Even More Risk

The State Police statistics say the 50-to-64 age group has had the highest number of pedestrian deaths in 2012, with 37 people killed, followed by 29 deaths in the 40-to-49 age group.

Complete Streets: Part of the Solution

A full list of the current counties and municipalities in New Jersey who have adopted Complete Streets policies can be found here. Is your community on the list? If not, would you like it to be? GMTMA can help your community “complete the streets.” We can facilitate informational presentations, provide templates for policy resolutions and assist in drafting policy resolutions, help create an implementation plan, assist with identification of grant funding and documentation of policy for Sustainable Jersey certification, and more. Contact us today!