What do you think about reducing traffic congestion by offering credits for people who travel outside of the main commuting time, and then letting them redeem those credits for a chance to play an online game for cash prizes? That’s the idea a Stanford professor has to relieve traffic, based on the idea that people like incentives more than penalties. Of course, congestion pricing has been in effect in many places for a long time, but that imposes penalties for driving during high-peak times.

What do you think? Would you participate in a program like this to change your driving habits? Maybe it would help with the rush-hour standstill on Route 1! 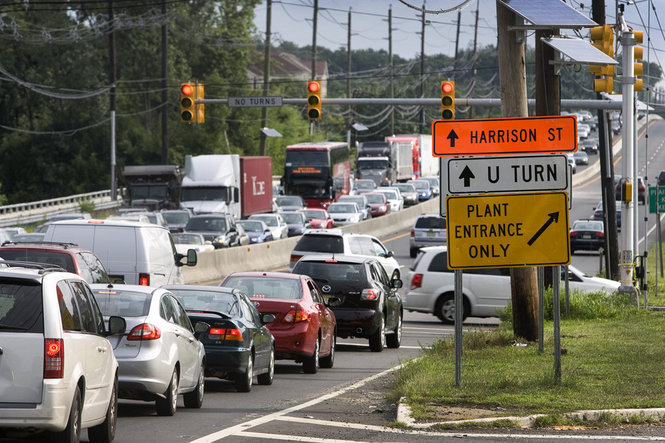 Morning rush hour traffic on Rt.1 at the Washington St. jughandle in West Windsor, New Jersey on the morning of Wednesday, August 1, 2012. The New Jersey Department of Transportation will start a trial program to ease congestion on Route 1 by restricting left turns and U-turns on Route 1 at Washington Road and Harrison Street in West Windsor, Mercer County. Michael Mancuso/The Times