Last night the West Windsor Bicycle and Pedestrian Alliance celebrated its 10th anniversary at its Annual Meeting. Ken Carlson, the group’s founder and first president who moved from the area, was back in town to attend and be a guest speaker. 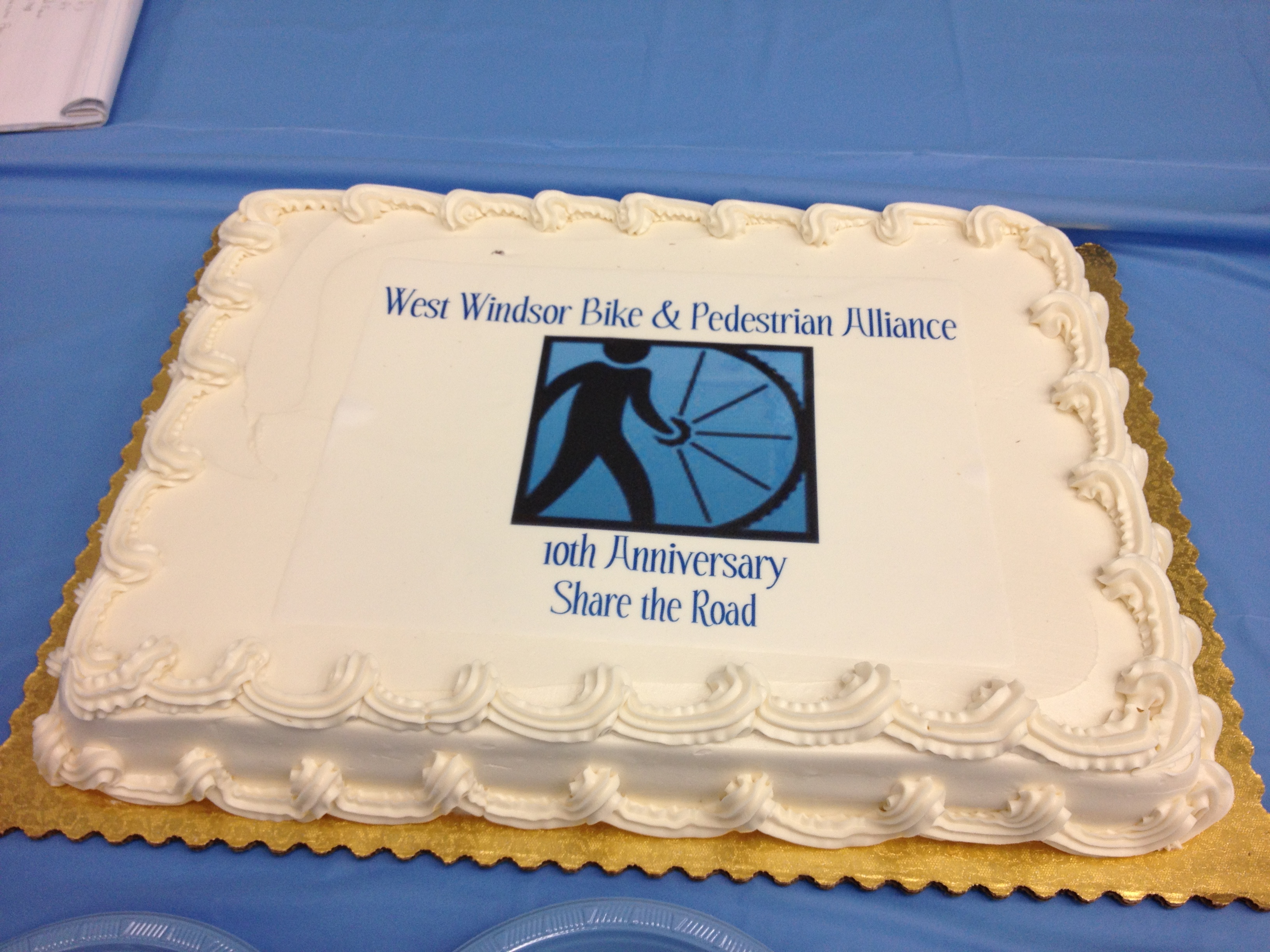 Presentations from both the current president (Jerry Foster) and past president, covering recent advocacy efforts as well as the history of the group, made it clear that this is an organization that has made a real impact on improving conditions for both cyclists and pedestrians in West Windsor.

Their efforts have made West Windsor a safer place and a more inviting place to walk and bike.  And their work is inspiring other communities and other groups to do the same.   West Windsor is now a bronze designated bike friendly community.  Given WWBPA’s efforts so far… a Platinum designation could be in sight for their 20th!