For decades, a driver’s license, and hopefully a car, has been a rite of passage for American teens, especially suburban and rural ones. A license and a car were associated with feelings of independence, freedom, and adulthood. But American teenagers are taking to the road in fewer numbers than ever before. Furthermore, a recent survey from the research company Gartner finds that 46 percent of 18- to 24-year-old Americans would rather have access to the Internet than their own car. “The iPhone is the Ford Mustang of today,” Thilo Koslowski, Gartner’s lead automotive analyst, recently told the New York Times.

So what is behind this new trend? For one thing, driving has lost its cool with young Americans. Furthermore, driving is really expensive — more expensive than an iPhone, over time. Gas prices that are expected to top $4.25 a gallon by April.

As a recent Grist article points out, a phone can also help you figure out better and cheaper ways to get around. They point to Google Transit, which makes it easy to plan a trip by transit, GPS-enabled apps like Nextbus that track transit in real time, and apps like Cabulous and Taxi Magic, which make it easy to call a cab. The article continues, “smartphone-powered car-sharing companies like car2go, and programs like Getaround that allow you to locate privately owned cars that people will rent you by the hour. Lest you doubt the potential of this type of peer-to-peer car sharing, a French company called Buzzcar, co-founded by former Zipcar CEO Robin Chase (and includes nifty bug stickers for your car), is apparently doing quite well. Stateside, Zipcar just poured a bunch of cash into Wheelz, a startup peer-to-peer car sharing company that targets college campuses. In Europe, a company called Carpooling.com allows auto owners to rent out just a seat or two, rather than the whole vehicle. It is quickly growing in popularity, thanks in part to skyrocketing gas prices. The company now claims 3.5 million registered users and boasts that it has saved 99 million gallons of gas, sparing the atmosphere 725,000 tons of CO2.”

If nothing else, this trend is certainly a positive one in terms of safety. Driving is dangerous — and it’s the most dangerous for teens. According to the National Highway Traffic Safety Administration, young drivers (ages 20 and younger) are especially vulnerable to death and injury while behind the wheel – traffic crashes are the leading cause of death for teenagers in America. Mile for mile, teenagers are involved in three times as many fatal crashes as all other drivers. 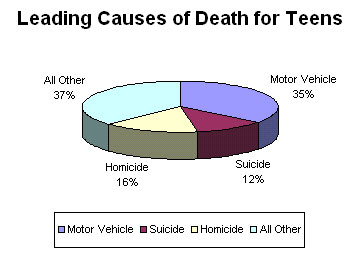 What do you think, On the Move readers? Are you a teen, or do you have teens in your life who are much more interested in their iPhones than getting cars? If so, how do they get around? What do you think can be done to make it easier for the teens in our area to get around without a car?
EMPLOYERS
SENIORS
SCHOOLS
COMMUTERS
COMMUNITY
GET CONNECTED
©2018 All Rights Reserved. Great Mercer TMA Design by Creative Click Media, a New Jersey Web Design and Marketing Company
0
Call Now Button