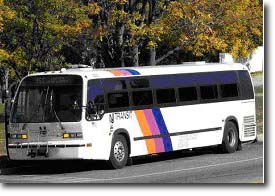 There’s some exciting news in transit today — the brand new NJ Transit Bus #655 officially debuts today! This bus route, which runs between Plainsboro Township in Middlesex County to Princeton Borough and Township in Mercer County, has been in the works for a number of years. It was initially developed as part of the Route 1 Bus Rapid Transit study, and Princeton Healthcare System’s move from Princeton to Plainsboro gave the project added importance. This bus is the first completely new bus route to be developed and operated directly by NJ Transit since 2005. This bus came about thanks to a unique public private sponsorship — Greater Mercer TMA is sponsoring it along with Princeton HealthCare System, Princeton University, Middlesex County, Delaware Valley Regional Planning Commission (DVRPC), North Jersey Transportation Planning Authority (NJTPA), and NJ Transit.

The route is designed to serve the needs of numerous populations, including anyone who currently walks or takes transit to old existing hospital location in Princeton; Princeton University and its proposed Arts & Transit District; the Dinky train station; existing residential areas of Plainsboro for trips to downtown Princeton; and the 1000+ new jobs coming to the expanded NovoDisk office location in Plainsboro.

The bus will run approximately every 40 minutes from 6:00 am until about 6:00 pm, and then every 75-80 minutes until midnight to cover all three hospital work shifts. The bus only runs Monday – Friday; there is no weekend or holiday service right now.

The fare will be “One-Zone Local South Jersey Bus Fare”, or $1.50 one-way, $48 monthly, and $0.65 for transfers and reduced fare. Monthly and weekly rail passes are accepted with no additional charge on bus as per NJ Transit policy.

You can find the schedule and route information here.