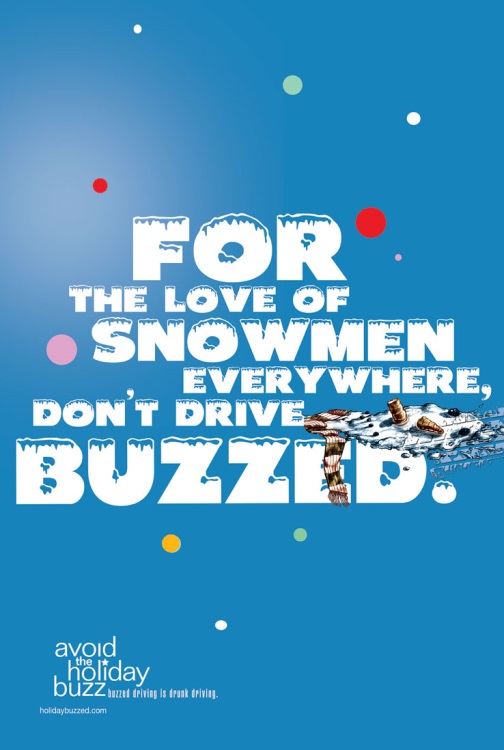 December was designated Impaired Driving Prevention Month in 2013 after the National Highway Traffic Safety Administration released new data showing that drunk driving fatalities had increased.  With gas prices lower than in previous years many more people will be driving for the Holidays. The holidays are festive and fun but they are also a time of increased alcohol consumption. To raise awareness and reduce the number of people driving under the influence, the “Drive sober or get pulled over” campaign started December 12th and the crackdown will continue through December 31st.

If you take a look at the statistics you can see why there is a concerted effort to bring this issue under control.  Almost 1/3 of those killed in crashes over the 2012 Holiday period were in drunk-driving crashes. According to NHTSA during the 2012 holiday season, 830 people lost their lives in crashes that involved drunk drivers. That was in December alone!

Another sobering statistic shows that between December 2008 and December 2012, 3,994 people were killed in crashes that involved drivers with Blood Alcohol Content higher than .08 grams per deciliter.

Although the legal limit is .08 grams per deciliter, alcohol consumption affects people’s ability to drive in different ways. Alcohol is a depressant drug and it reduces speed of reaction, reduces concentration, impairs vision, and some people may feel over confident which may lead to making rash decisions and taking the risk of driving impaired.

That is why it is recommended to have a plan in place if you’re planning to have alcohol for the holidays.   You can designate a driver ahead of time, call a cab, or take public transportation; it is not worth taking the risk.

Other things you can do to keep the Happy in Holidays are: helping other people be responsible, if someone you know has been drinking, don’t let them drive and if you see a drunk driver, call the police.

As always, we wish you all Safe and Happy Holidays!

PS: In many countries the legal limit is lower than the US one, somewhere between .02 and .08 and in some countries (in Europe no less) there is a zero tolerance policy.

How do alcohol and drugs affect your ability to drive: http://www.druginfo.adf.org.au/topics/how-does-alcohol-affect-driving