The latest National Highway Traffic Safety Administration figures show a large increase in the number of traffic fatalities in the last year. A total of 35,092 people lost their life in traffic crashes, an increase of 7.2% since 2014. The total number includes drivers, bicyclists, and pedestrians.  The previous trend of declining traffic deaths has been reversed in 2015 and the main reason cited was increased driving due to the low fuel prices. And according to a CDC study, U.S. now has the highest traffic deaths when compared to other high-income countries. 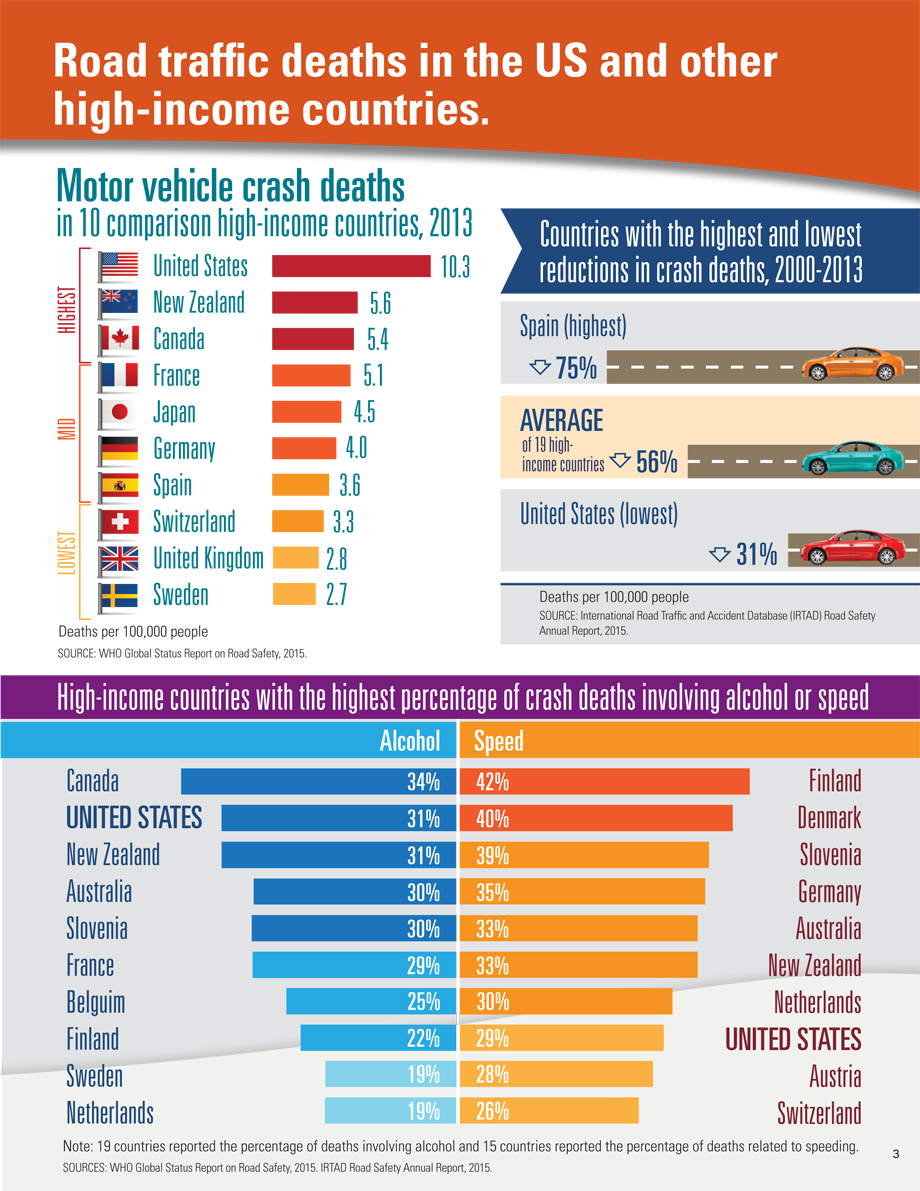 So is it really just the low gas prices? Not really. Low gas prices led to an increase in the number of people driving, but it didn’t cause the crashes. The CDC study shows that too many people are behaving recklessly, speeding, driving while intoxicated and not always using their seatbelt.

In addition, poor transit options and street design that prioritizes cars over humans also play a big role. And that’s why supporters of Complete Streets policy and Vision Zero are gaining ground in more and more places across United States. Designing our streets to be safer can reduce the instances of traffic deaths by lowering the speed limit, giving pedestrians and bicyclists safe access, and allowing public transit to run on time.

Until we have safer streets and better transit options, we can help change the trend by driving carefully and looking out for each other whether you are a driver, a cyclist, or a pedestrian.