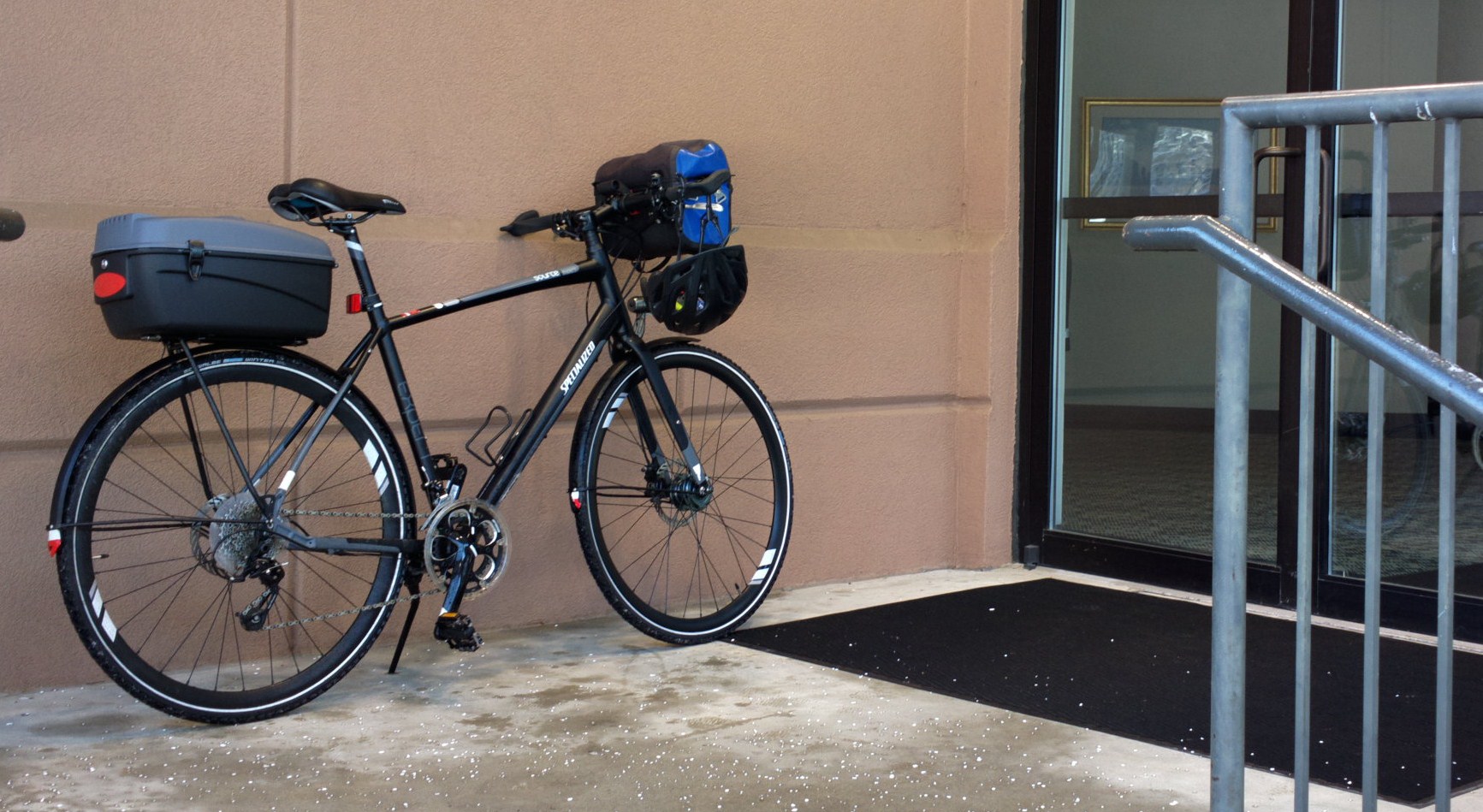 This post marks the debut of a new series for On the Move, based on bicycle commuting. As a longtime cyclist but a newbie bike commuter, I’ll look at the issues faced by those who want to explore bike commuting as a fun, healthy and sustainable lifestyle choice.

Let’s assume for the moment that you know why you want to bike commute, but want to know what bike is right for commuting? The great news is that any bike will do, especially for short distances over relatively flat terrain.

Some vital components necessary for commuting safety and comfort may be missing though on typical recreational bikes; such as a kickstand, fenders, bell and lights. Fortunately, reasonably priced after-market choices are readily available from your local bike shop or online.

Since I’ve enjoyed my various bikes for many years, however, I bought a new, full-featured commuter bike (pictured). The bike features a relatively light and stiff aluminum frame, fixed fenders, a light capacity rear rack, disc brakes and gearing for hills, and includes a sturdy kickstand and a bell. Most of all, I wanted the electricity-generating front hub that powers permanently mounted front and rear LED lights.

The lights are key to enhancing visibility on the road, since most motorists don’t expect cyclists, and as a commuter I don’t have the advantage of riding in a group, as on a club ride. The front light is powerful enough to see the road at night, and I won’t need to worry about battery life.

And don’t underestimate the utility of fenders…just one ride in the rain or snow and you will understand their benefit!

In the next post I’ll address some additions to the bike, but in the meantime please feel free to comment!